In the face of growing drug use and abuse, law enforcement primes to fight back

By Teagan Dillon and Joe DiSipio

Becky Savage stood in front of a screen displaying the beaming faces of her two sons Nick and Jack as she recounted the day in June 2015 that changed her life.

Savage shared her story of immense loss: Her sons Nick and Jack died of an accidental drug overdose after attending a high school graduation party in Granger, Indiana, on June 14, 2015. The brothers had consumed a combination of alcohol and prescription painkiller oxycodone on the night they died.

The pair of hockey players were “smart kids with bright futures” said Savage. And with one bad decision Becky Savage’s sons went from college kids to adding two more to the growing count of opiate-related deaths recorded both locally and nationwide.

America’s drug problem has been called an epidemic on the covers of national magazines and in local anti-drug forums such as the one Savage spoke at in April.

In 2015 deaths from overdoses in St. Joseph County reached 59, which outnumbered total deaths from homicides and fatal car crashes combined. That number has more than doubled since 2012, when 26 overdose fatalities were reported.

What is being done about it?

The St. Joseph County Drug Investigations Unit (DIU) was formed in January 2016 to address this rising drug epidemic. The DIU, led by Commander Dave Wells, is focused primarily on overdose fatalities and armed drug traffickers. The unit has been fully staffed and running since March 2016.

“Last year we had 58 deaths compared to 59 deaths, which is not a big change,” Wells said. “I’d like to see that down to zero.”

The DIU’s duty is not only to investigate, but to also inform and educate the public by talking to schools and parents about prescription drugs and signs of abuse.

St. Joseph County tallied 58 deaths due to drug overdoses in 2016, one less than in 2015. Of the that number, 39.65 percent were caused by heroin overdoses, nearly ten percent less than the year before.

Click here for the interactive version of the map.

“We’re close to Chicago. We’re not that far from Detroit. People are coming up from Atlanta. We’re a hub city,” Cressy said. “And we’re a source for smaller communities. They trip up to South Bend to get heroin.”

But work has suggested that opioids in general are the biggest problem.

“Leaving a bottle of oxycodone, or a powerful pain killer, let’s say you had a surgery or something,” Wells said. “It’s just like leaving a loaded gun in your house.”

The DIU was specifically designed to handle the opioid epidemic in St. Joseph County, Wells said. The DIU’s goal is to target the people who deal those drugs and feed people’s addictions.

As drug abuse increases in St. Joseph County, treatment facilities are experiencing a significant increase in referrals and people being admitted into treatment, according to Kristin Tawadros, a psychologist at Oaklawn Psychiatric Center in South Bend.

“The legal system in South Bend is working on rehabilitation and not incarceration,” Tawadros said. “They want to avoid incarceration as much as possible and refer people to treatment instead.”

But facilities like Oaklawn lack the resources and funding to accommodate for the increasing number of referrals, said Tawadros.

“We can’t arrest our way out of all this. There’s people that obviously need therapy and need help with that,” Wells said. “Most people who use heroin, who use drugs are not typical criminals, they’re addicts.

“Education is the key. Right from the start. Getting to our kids.”  As part of his role with the DIU, Wells speaks on the subject of drug abuse in the community as much as possible.

“I always say, we have a PowerPoint, we’ll travel. If you want us to come and do a presentation for your school, we’d love to come talk to your kids,” he said.

Wells and Cressy spoke following Savage’s story at Saint Joseph High School as part of one of their educational outreach events.

All three speakers drove home the same imperative message that necessary information about drugs and addiction must be shared and discussed.

“Have those conversations with your kids,” Savage said. “And have them again and again and again. You may annoy them, but that is far better than losing them forever.”

Learn more about the history of drug prevention in Indiana and share your own experiences and suggestions using the #chooseprevention hashtag.

The Irish will play seven games at home in Notre Dame Stadium in order to fully utilize the completion of the Campus Crossroads project.

The remaining games are on the road. The closest game to South Bend is just 155 miles and will be against Michigan State at Spartan Stadium on September 23. The furthest contest will be the season finale played 2,244 miles away in Stanford Stadium.

Total mileage will be approximately 10,644 miles round trip on the season.

For those fans interested in attending all of the Irish’s games in 2017, the Google EarthPro tour below can help visualize just how much travel will be involved.

From Notre Dame Stadium to Opponents’

April 2 marked Opening Day of the 2017 MLB season.  Of the 750 players on active rosters, 25 come from Indiana while three more were recently cut.

The Google Map shows the birth places of the 28 active MLB players who were born in Indiana.

Indianapolis can claim the most (5) active MLB players of cities in Indiana while Evansville is second with three.

Of the MLB’s 30 teams, 19 currently have Hoosiers on the roster. There are three free agents still trying to play in The Show.

More and more craft breweries have popped up in the South Bend-Elkhart area.

The Brewer’s Association keeps track of state by state stats in the industry. This Venngage graphic, made by Joe DiSipio, shows how the Hoosier state stacks up. 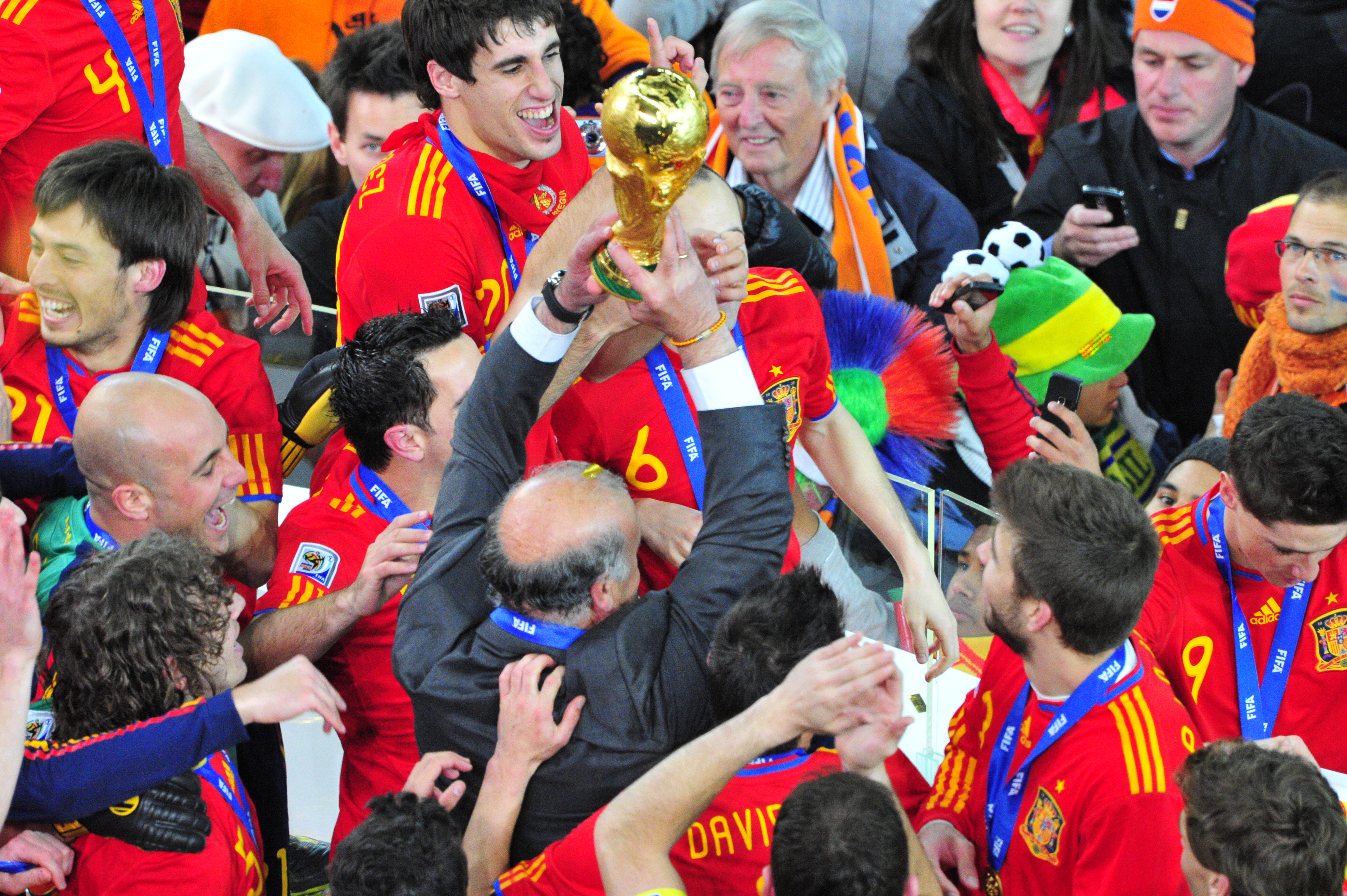 Every four years, millions tune in to watch the biggest tournament in the world’s biggest sport. Fans across the globe take pride in their nation’s performance in the FIFA World Cup. Here are some of the top moments in the history of soccer’s premier prize.

Men’s Health magazine took data from a Centers for Disease Control study on alcohol use to rank U.S. cities by their “drunkenness.” Using an unscientific method, the magazine gave cities rankings based on liver disease, DUI arrests, etc.

Using that data, this StoryMap shows the locations of the top ten “drunkest” cities in America in a clean and interactive way.

Cheesesteaks (or Philly’s as they are referred to outside the region) are a staple of Philadelphia cuisine. The map below shows the location of the top 10 places to grab a cheesesteak in the city according to Visit Philly. Click on each to find addresses and check out media featuring the “samwich.”

Along with the locations, directions on how to take a driving tour of this top ten can be found on the map.

These are just ten restaurants who claim to have the best version of the famous sandwich.  You can vote for any of these, and many more options, to become the top cheesesteak in the city at Philly Magazine’s website.

Find the top cities in the world to cycle. And be sure to check out the bonus Paris to Versailles route for some French fun.

A visual compilation of monthly reports of the unemployment rates in the state of Indiana under the Obama administration illustrates the lingering recovery from the 2008 financial crisis.

Data from the Bureau of Labor Statistics produced this visualization, which is of interest to Hoosiers.

It captures the sharp increase of joblessness as the Great Recession hit hard in 2009. But it also shows that despite political rhetoric, Indiana may have reached a level of recovery under President Obama.

Much of the 2016 presidential campaign rhetoric centered on the economy, specifically on the creation of jobs in the industrial Midwest.

Jobs were an issue of particular interest to voters in Indiana.

At the height of the Great Recession, unemployment levels reached a high of 10.9% in June of 2009.

Compared to the BLS’ national averages, the Hoosier state started at a lower level but once the effects of the crisis set in, it averaged an unemployment rate of almost a full percentage point higher than that of the country as a whole.

Voters didn’t forget that feeling of desperation between 2009 and 2014. The “America First” candidate Donald Trump was able to capitalize on that lingering feeling while the data shows that Indiana unemployment levels actually fell to below 2009 rates by the end of former President Obama’s term.

Now-president Donald Trump predicated much of his candidacy on bring back jobs. He seemed to follow through on that with his controversial Carrier deal during the transition in November 2016.

In four or eight years time, another graph will be able to pass judgment on President Trump’s effect on Hoosier unemployment rates.

My name is Joe DiSipio and I am a student journalist at the University of Notre Dame. This site is a collection of my ongoing work in data journalism.